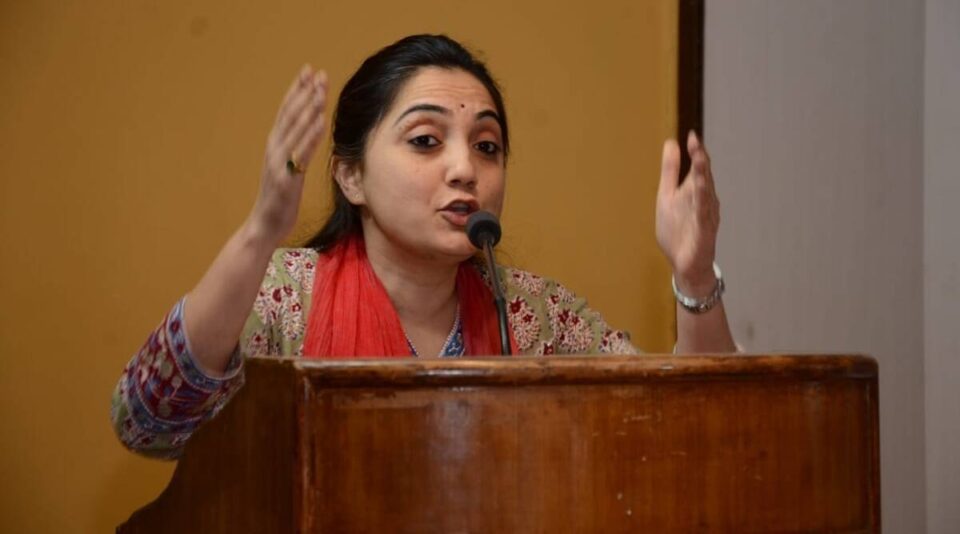 The name Nupur Sharma is now a hot topic of discussion globally, especially in India. Those who have followed the news for the last few months already know about her and the controversy that surrounds her. However, if you do not know about her, then let me inform you that she was formerly a member of the Bharatiya Janata Party. However, that is not something that has earned her the spotlight. Rather, it is her derogatory remarks about Prophet Mohammad, which has made her the center of a raging controversy. Though his party suspended her membership, the debates around her have not stopped.

In fact, before her suspension from the BJP, she was one of their rising stars. She also contested Arvind Kejriwal in the 2015 elections but lost by a margin of 31,000 votes to the current CM of Delhi. Then in 2020, she also became the party’s National Spokesperson. She became well-known for her energetic debates on national television. However, once she was also spotted using bad language. In fact, it was during one such heated debate that she made derogatory comments about the prophet Mohammad. Therefore, if you wish to know more about her, then this article is the perfect stop for you.

Sharma breathed her first on the 23rd of April 1985. She was born to her parents in New Delhi, India. Therefore, her date of birth suggests that as of 2023, she is around 38 years old. In addition, her birth sign is Taurus. However, we do not know any details about her family members.

Sharma’s political career started during her days at the University of Delhi. She joined Akhil Bharatiya Vidyarthi Parishad or ABVP. This is a students’ wing, affiliated with RSS. In 2008, she became the president of the students’ union. After that, she also went on to become a member of BJYM’s National Executive Committee. BJYM is the youth wing of the BJP. Nupur Sharma also served as the assistant in charge of the national media of the youth wing. She was also a member of the Yuva Working Committee of BJP and a member of BJP’s Delhi State Executive Committee.

We already know that she contested Arvind Kejriwal in the 2015 elections but lost by a margin of 31,000 votes to the current CM of Delhi. After her defeat, she became BJP’s spokesperson in Delhi. Then in 2020,  she also became the party’s National Spokesperson. It was right at that time, the controversy started.

On national media, during a debate, Sharma made some derogatory comments about Prophet Mohammad. Her comments infuriated the Arabian world, as also the Islamic world. In fact, people lodged FIRs against her in Hyderabad, Mumbai, and Thane. She was accused of hurting the religious sentiment of people. In addition, many Gulf nations called on their ambassadors in India to register protests against her.

As the reactions against Sharma started to get more violent, BJP released an official statement declaring her suspension from the party. In addition, Nupur Sharma also tweeted to render an apology stating that she never intended to hurt people’s sentiments and emotions. However, even after all these, the controversy has not come to an end. The situation has cooled off. But the sparks are still there.