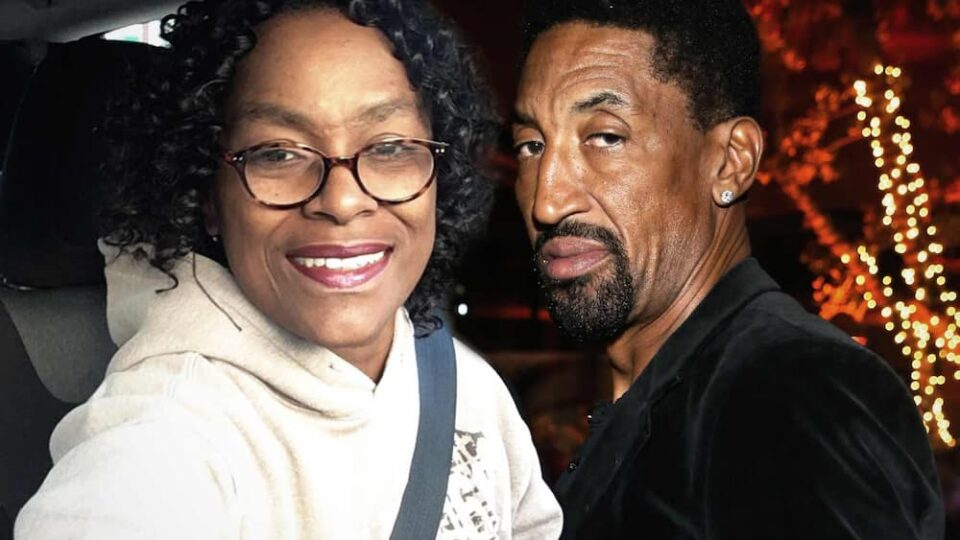 Karen McCollum has been on the news for many reasons. First, she came to gather the attention of the media due to her relations with the NBA superstar Scottie Pippen. Later they came to take away the limelight because of their separation. However, now she is once again on the news, for a rather tragic reason. Recently, Pippen and McCollum’s son passed away. And the media has unearthed the past.

Karen Mccollum And Her Son:

An NBA superstar took to social media to announce the tragic death of his eldest son. He announced that his eldest son Anton passed away on April 18, 2021. The former basketball player has fathered seven children from different relationships. Karen McCollum was one of them. She is the first wife of Pippen and has given birth to their first son.

As of now, Scottie Pippen is a 55 years old NBA legend. He first married the love of his life, Karen McCollum. McCollum was a professional musician back then. The pair had their first son in 1987. After one year of the birth of their son, they decided to marry each other.

However, due to personal issues, the duo parted ways in 1990. However, they maintained a firm relationship after the divorce. Many recognized her talent as a musician. One can see that through her role as a pianist in the CW show Dynasty. She appeared in it for two seasons.

How Did Anton Die?

The news of Anton dying shook the entertainment and sports industry. Many were baffled thinking about what could be the cause of the death. Anton was only 33 years old when he did. However, to clarify the issue, his father took to Twitter. He revealed that his son suffered from chronic asthma.

However, he did not reveal whether it was asthma that killed him. So, we have no way of knowing if it was Antron’s cause of death. In the tweet, Pippen said, “I’m heartbroken to share that yesterday, I said goodbye to my firstborn son Antron. The two of us shared a love for basketball and we had countless conversations about the game.”

Pippen further added, “Antron suffered from chronic asthma and if he hadn’t had it, I truly believe he would’ve made it to the NBA. He never let that get him down, though Antron stayed positive and worked hard, and I am so proud of the man that he became.”

He kept his first wife in his prayers as well. Furthermore, Pippen wrote, “Please keep his mom, Karen, and all of his family and friends in your thoughts and prayers. A kind heart and beautiful soul went way too soon.” Moreover,  he concluded by saying, “I love you, son, rest easy until we meet again.”

The Wife After Karen Mccollum:

After their divorce, Pippen married the Real Housewives star Larsa Younan in 1997. After Pippen had parted ways with Karen McCollum in 1990, he met Larsa in 1995. They dated each other for two years before finally deciding to tie the knot.

In 1997, they married each other. Together, they have four children. The children are Scotty Jr., Preston, Justin, and Sophia Pippen. After staying together for over two decades, the couple decided to get a divorce in 2018.

Pippen has a net worth of  $20 – 50 million. He played up to 17 seasons in the NBA. So, then, he earned $109 million in salary. He also made millions from his endorsements and deals.